The damage to the environment in times of armed conflict impairs ecosystems and natural resources long beyond the period of conflict, and often extends beyond the limits of national territories and present generation. UN Millennium Declaration emphasizes the necessity of safeguarding nature for the sake of future generations and working for the protection of the environment.

Despite the protection afforded by several legal instruments, the environment remains to be the infamous victim of armed conflicts. Building and sustaining forces, including training and equipment, poses disturbance to nearby lands and terrestrial and marine habitats.

The United Nations Environment Programme (UNEP) suggests that in the last 60 years, at least 40 per cent of all intrastate conflicts have a link to natural resources, and that this link doubles the risk of a conflict relapse in the first five years. Since 1990, at least 18 violent conflicts have been fueled by the exploitation of natural resources, whether high-value resources like timber, diamonds, gold, minerals and oil, or scarce ones like fertile land and water.

Climate change is also seen as a threat multiplier. With this, the agency urges everyone to renew the commitment in protecting the planet from the debilitating effects of war, especially at a time that the Earth is already threatened by the impacts of climate change.

Implementation of environmental measures must strengthen the protection and preservation of the environment from existential threats, such as effective resource allocation, mutual beneficial partnerships, and ownership and access into peacebuilding strategies to transform tensions over natural resources as part of conflict, human displacement, and environmental degradation prevention.

The protection of the environment is a moral responsibility, adding that all must unite for its greater protection to encourage its sustainable recovery for the present and future generations to come.

This site uses Akismet to reduce spam. Learn how your comment data is processed. 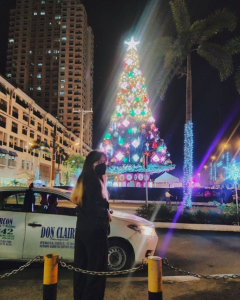 This is a personal blog. Any views or opinions represented in this blog are personal and belong solely to the blog owner and do not represent those of people, institutions or organizations that the owner may or may not be associated with in professional or personal capacity, unless explicitly stated. Any views or opinions are not intended to malign any individual or organization.